Site is under construction

What is a Clean Sheet in Soccer?

This is crucial in soccer and hockey, where outscoring the opposition can give one team an advantage. The outcome of the defense can have a significant impact on which team wins a game. Additionally, it demonstrates that the club could successfully carry out its plan, making both players and coaches happy.

Where does the term Clean Sheet come from?

When scorekeepers used to record game results on sheets of paper, the expression “clean sheet” first appeared. The paper would remain “clean” if the scorekeeper didn’t need to record anything while the game was being played. 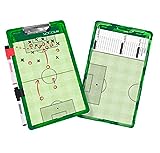 A team’s odds of winning can increase with a clean sheet, which implies they need fewer goals to outscore their opponents.

Teams can employ various tactics to try to record a clean sheet. These tactics include employing a strong defense, using a capable goalie, or concentrating on possession to keep the ball out of the hands of the opposition.

A clean sheet can help a team’s confidence and morale and be a sound defensive plan.

Defenders and goalkeepers who routinely stop goals from being scored are frequently commended for their talent and commitment to their side. 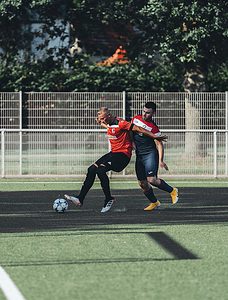 A clean sheet is a good result for a team, but in soccer, there are other indicators of success.

Players who keep clean sheets are given several individual trophies and distinctions. For instance, a goalkeeper who keeps the most clean sheets in a season or a defender who plays a key role in helping their side keep clean sheets frequently may both be honored with awards.

Clean sheets affect the overall standings in a league or tournament in addition to being lauded on an individual and team level. Teams with a higher percentage of clean sheets may have an edge in the standings since they can score more points each game.

In soccer, keeping a clean sheet is crucial because it shows how well a team can defend its goal and stop the opposition from scoring. A clean sheet is one of the most cherished results for any side in the beautiful game of soccer, regardless of whether it is obtained by good teamwork, individual skill, or a mix of the two.

Is Maintaining a Clean Sheet Important?

A clean sheet is highly prized and sought after by teams since it guarantees a higher score for your team in the final tally. Like in every other sport, the teams are focused on winning. They must not only score goals to win but also outscore their rivals.

The team’s ability to win depends on its combination of technique, coordination, and physical and mental toughness. The team must respond appropriately to the opponent’s actions and think swiftly. To score goals, players must have exceptional ball control and shooting abilities.

A strong defense is also necessary to stop the opposition from scoring. Along with discipline, collaboration, and communication during the game, the team must succeed.

Are 0-0 draws considered a clean sheet in Soccer?

When neither team scores in a soccer match, it ends in a draw. Since neither team has given up a goal, it is typically viewed as a win for both. Contrary to popular assumption, a goalless draw can also be called a “clean sheet” because both defenses successfully stopped their opponents’ offenses and prevented goals.

This is crucial for defensive-minded teams since they depend on their defense to keep the scoreboard clean and their opponents from scoring. A clean sheet can boost the defense’s confidence and provide them an advantage over other teams when defending against attacks, making them essential for any team to succeed.

Can Both Teams record a Clean Sheet in soccer?

When playing soccer, a clean sheet occurs when neither team scores. Although it’s extremely unlikely, it can happen more than once during the World Cup. Multiple times, both sides have kept their opponents off the scoresheet in the same game.

This typically occurs when both teams are evenly matched and have defenses capable of stopping the opposing team from scoring. It’s a remarkable accomplishment, especially considering how hard the competition is and how high-stakes the Fifa World Cup is known for being. A clean sheet in such a situation demonstrates that both teams could play well and deserved their victories.

Why Is It Important to Keep a Clean Sheet in soccer?

In soccer, clean sheets are crucial because they show how well a team’s defense functions and how competent their goalkeeper is. A clean sheet indicates that the opposing team did not score, which is sometimes the deciding factor in whether a soccer game is won or lost.

Some of the top goalkeepers in the world are highly prized by their teams since they can play a crucial role in a team earning at least one point from a game.

A clean sheet shows how well your goalie played and how hard your side worked defensively to win the game. If you want to have any chance of winning a soccer game, keeping a clean sheet is crucial.

At the 2022 FIFA World Cup, Yassine Bounou of Morocco, Emiliano Martnez of Argentina, and Jordan Pickford of England all recorded three shutouts. Martnez received the tournament’s Golden Glove award after he assisted his squad in defeating France in the championship game.

Who has recorded the most shutouts so far in the English Premier League?

Goalkeepers always try to retain as many clean sheets as possible in the English Premier League, one of the world’s most competitive and fierce leagues. Newcastle United and Arsenal have kept seven clean sheets in as many games this season. Both Nick Pope and Aaron Ramsdale had seven shutouts.

They are followed by Danny Ward of Leicester City and Ederson of Manchester City, who have 6.

Who in the MLS Has the Most Clean Sheets as a Goalie?

Nick Rimando, who retired in 2019, now holds the Major League Soccer (MLS) record for the most shutouts as a goalkeeper. He recorded an astounding total of 167 clean sheets throughout his professional soccer career in Major League Soccer.

The next closest record holder, Kevin Hartman, who had 128 clean sheets throughout his career, was far behind him with his outstanding total. Both players are regarded as all-time greats, and people will remember their accomplishments for a long time.

A soccer “clean sheet” is a match in which neither team scores against the other. Successful ball retention by your team stops the opposition from scoring. It’s a crucial statistic in soccer and has the power to decide matches. So keep as many clean sheets as possible if you want to get your squad into the playoffs!

In some instances, we may link to products we believe in, and should you purchase any of these items, we may receive commissions from the vendors. Please note that you will only be charged the same amount. In such cases, we will only provide genuine product assessments.

Futsal vs Soccer: Understanding the Differences and Similarities

Futsal and soccer are two of the most beautiful games

Score Big with This Expert Guide to Soccer Goal Regulations

Are you looking to take your soccer game to the

27 Beginner Soccer Drills you should know

Soccer skills are an essential part of any soccer player’s

Fun Soccer Drills For Kids That Will Improve Their Game!

Soccer is a beloved sport worldwide, with over 250 million

Soccer substitution rules say when and how players can be

How to Play Professional Soccer and Live Your Dream

If you are interested in improving your soccer skills, you